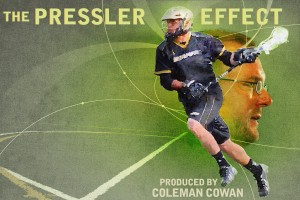 The inside story of how Mike Pressler built Bryant lacrosse from a Division III afterthought into a Division I powerhouse.  Armen Keteyian reports.  Coleman Cowan is the producer.

Former Duke Men’s lacrosse coach Mike Pressler was the only person to lose his job over what became known as the “Duke Rape Case” – a scandal based on a lie that nearly ruined Pressler’s career and life.

Today he’s living a new life in a different place – Bryant University. But what makes him a rare coach – call it the “Pressler Effect” – remains the same. It’s at the heart of how he’s been able to transform a struggling Division II lacrosse program into a Division I conference champion which just earned a spot in the NCAA post-season tournament for the third straight year.