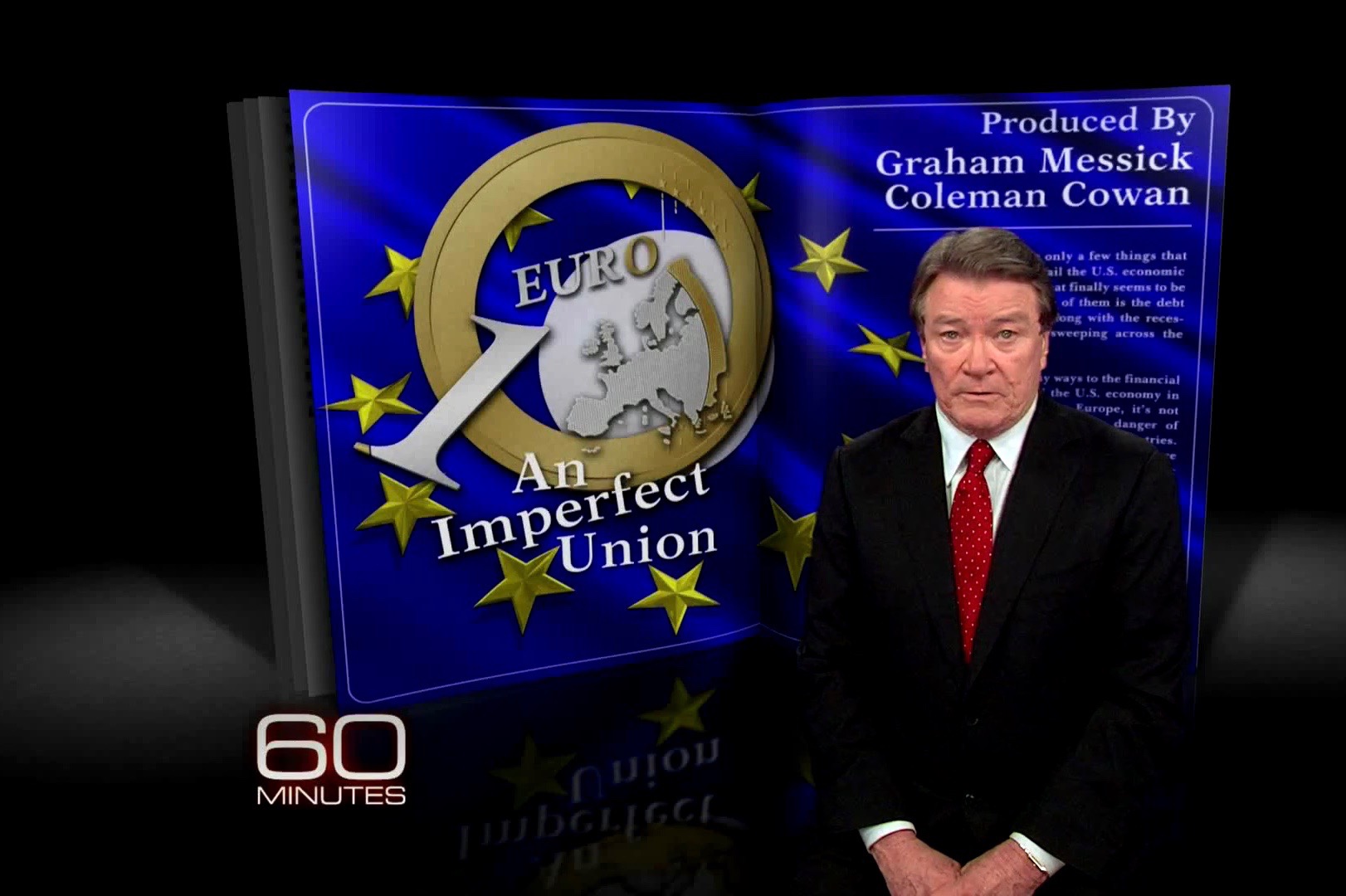 Ten European countries are in recession and three have needed bailouts to avoid default. How could this impact the U.S. economy? Steve Kroft reports. Graham Messick and Coleman Cowan are the Producers.

There are only a few things that could derail the U.S. economic recovery that finally seems to be underway, and one of them is the debt crisis in Europe, along with the recession that is now sweeping across the continent.

It’s similar in many ways to the financial crisis that leveled the U.S. economy in 2008, except that in Europe, it’s not just the banks that are in danger of going broke. It’s entire countries. Greece has already defaulted on more than $100 billion of public debt. Ireland and Portugal have needed massive bailouts to stay solvent. Italy and Spain are just hanging on… in what has turned out to be an imperfect economic union.

At stake is the survival of the European currency, the Euro, and the economic future of America’s largest trading partner.