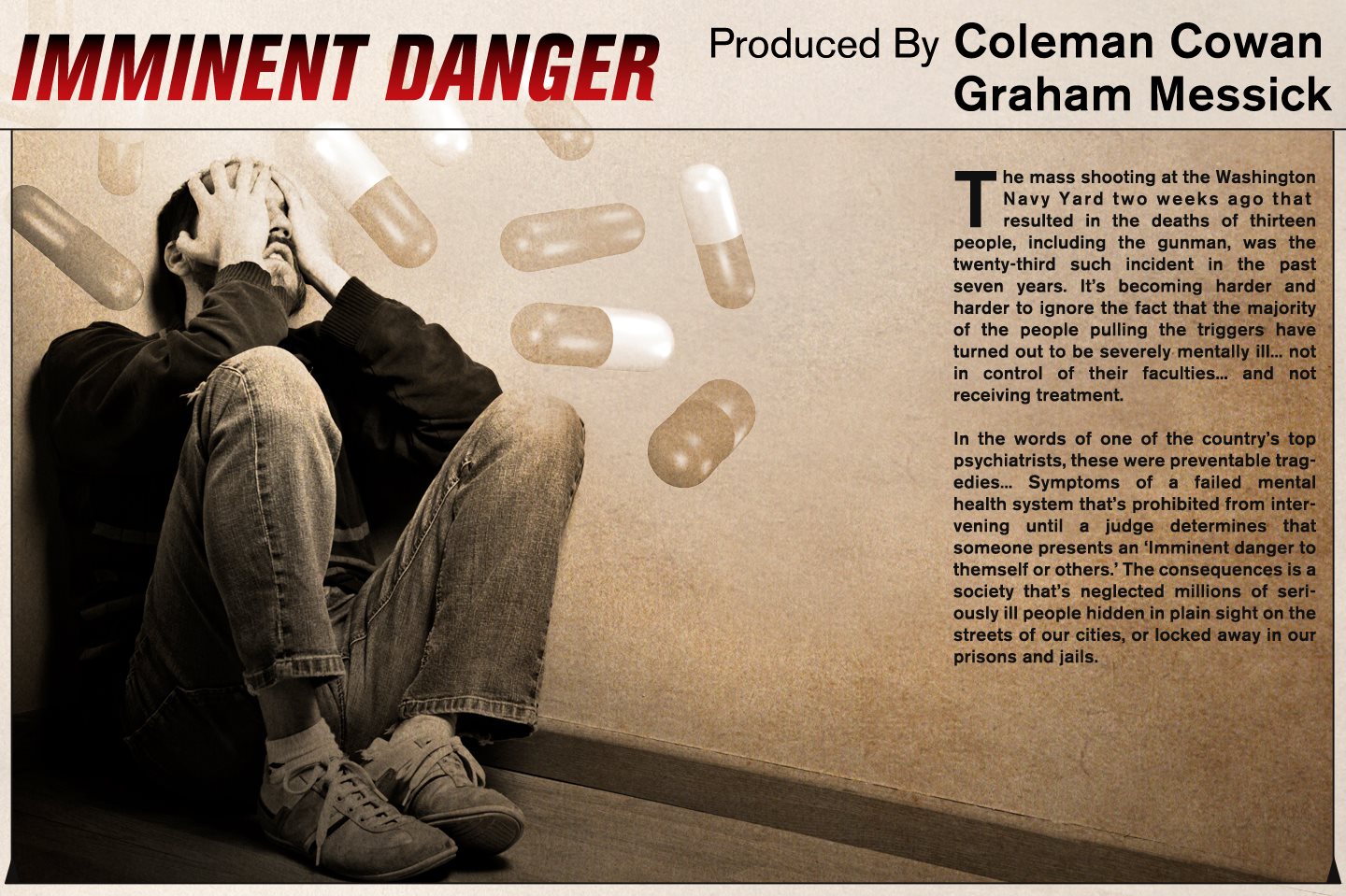 How many of the recent mass shootings in the U.S. were preventable tragedies, symptoms of a failing mental health system? Steve Kroft reports. Coleman Cowan and Graham Messick are the Producers.

The mass shooting at the Washington Navy Yard two weeks ago that resulted in the deaths of 13 people, including the gunman, was the 23rd such incident in the past seven years. It’s becoming harder and harder to ignore the fact that the majority of the people pulling the triggers have turned out to be severely mentally ill – not in control of their faculties – and not receiving treatment. In the words of one of the country’s top psychiatrists, these were preventable tragedies – symptoms of a failed mental health system that’s prohibited from intervening until a judge determines that someone presents an “imminent danger to themselves or others.” The consequence is a society that’s neglected millions of seriously ill people hidden in plain sight on the streets of our cities, or locked away in our prisons and jails.