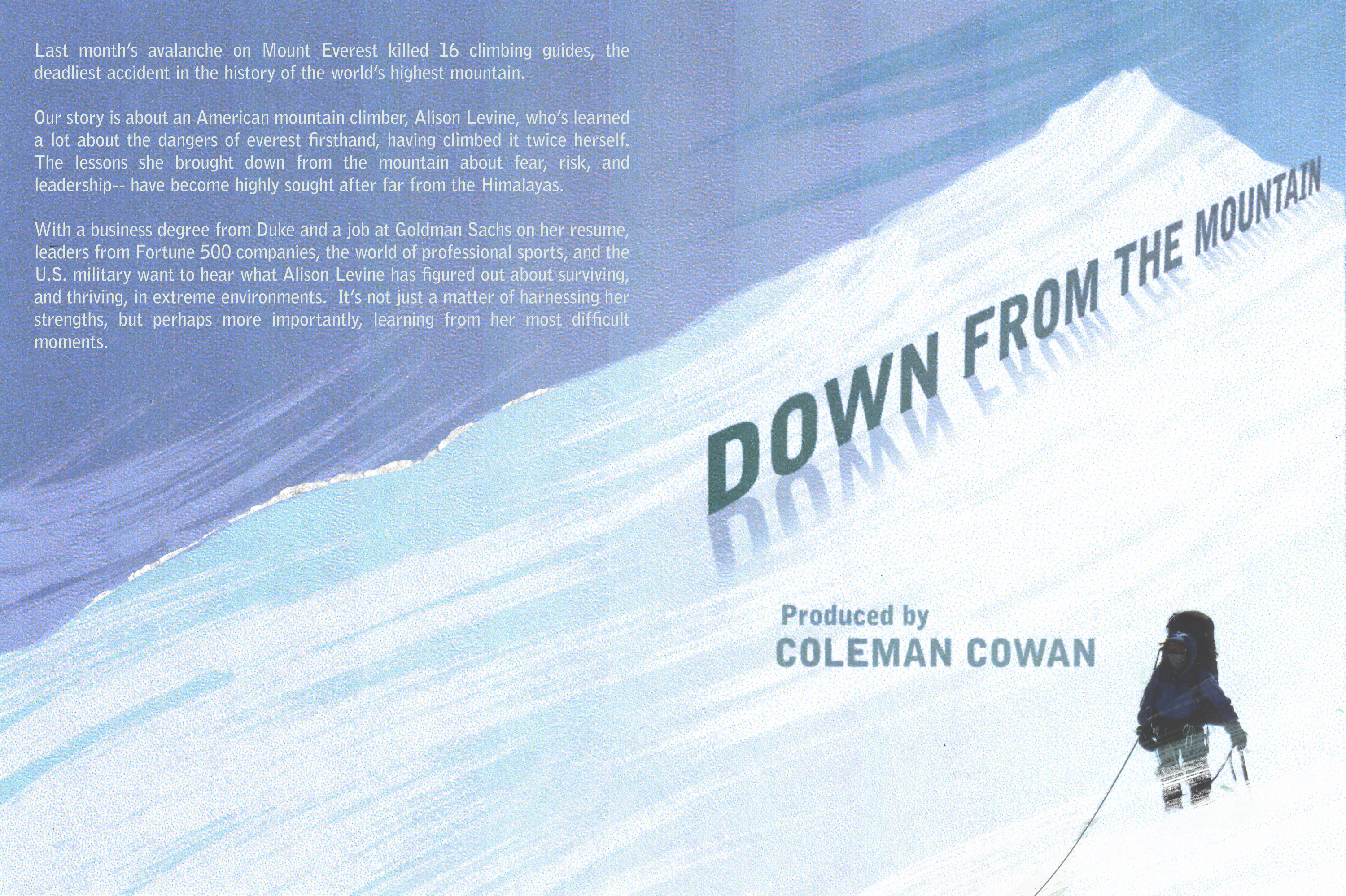 In the history of global mountaineering, fewer than 30 people have completed what is known as “The Adventure Grand Slam” — climbing the highest mountains on all seven continents and skiing to the North and South Poles. Alison Levine is one of them. 60 Minutes Sports explores the lessons she learned, which are applied throughout business, sports, and even the military.  Jim Axelrod reports.  Coleman Cowan is the producer.
60 Minutes Sports (May 7, 2014)

Alison Levine is an American mountain climber who’s learned a lot about the dangers of Mount Everest firsthand – having climbed it twice herself. The lessons she brought down from the mountain about fear, risk, and leadership, have become highly sought-after far from the Himalayas.

With a business degree from Duke and a job at Goldman Sachs on her resume, leaders from Fortune 500 companies, the world of professional sports, and the U.S. military want to hear what Alison Levine has figured out about surviving – and thriving – in extreme environments. It’s not just a matter of harnessing her strengths, but perhaps more importantly, learning from her most difficult moments.