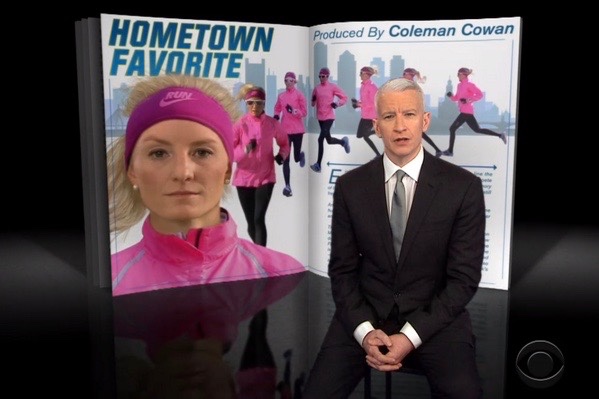 Eight days from now a million people are expected to line the streets of Boston to watch 36,000 runners compete in the world’s oldest and most prestigious marathon.

The memory of the bombings near the finish line of last year’s Boston Marathon is still fresh. And next week, the race promises to be unlike any other in its 117-year history, a chance for the city to come together and reclaim a beloved tradition that was torn apart by an act of terror.

There hasn’t been an American winner – male or female – of the Boston Marathon in almost 30 years. Kenyan and Ethiopian runners now dominate the sport. But this year an American woman named Shalane Flanagan has a very real chance of winning the 26-mile race. She’s only five-foot four and 102 pounds. But don’t be fooled. She’s been called a “pony-tailed assassin in knee socks.” She also happens to have grown up in Boston, which makes her next week’s hometown favorite.