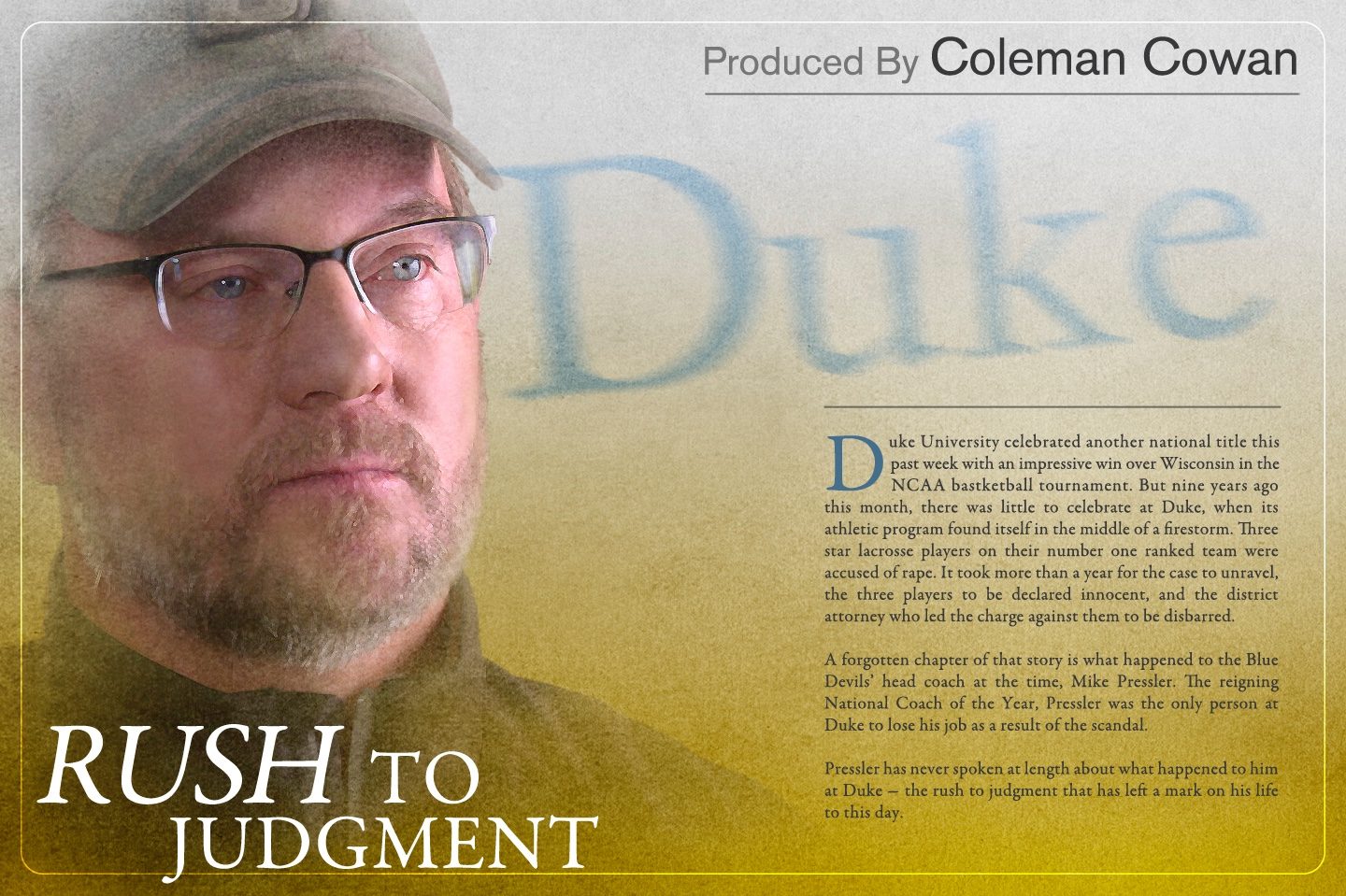 Former Duke lacrosse coach Mike Pressler discusses his forced resignation during the 2006 Duke rape scandal and his hard road back to coaching.  Armen Keteyian reports.  Coleman Cowan is the producer.

Duke University celebrated another national title this past week, with an impressive win over Wisconsin in the NCAA basketball tournament. But nine years ago this very month, there was little to celebrate at Duke, when its athletic program found itself in the middle of a firestorm. Three star lacrosse players on Duke’s number one ranked team were accused of rape. It took more than a year for the case to unravel, the three players to be declared innocent, and the district attorney who led the charge against them to be disbarred.

A forgotten chapter of that story is what happened to the Blue Devils’ head coach at the time, Mike Pressler. The reigning national coach of the year, Pressler was the only person at Duke to lose his job as a result of the scandal.

Pressler has never spoken at length about what happened to him at Duke – the rush to judgment that has left a mark on his life to this day.