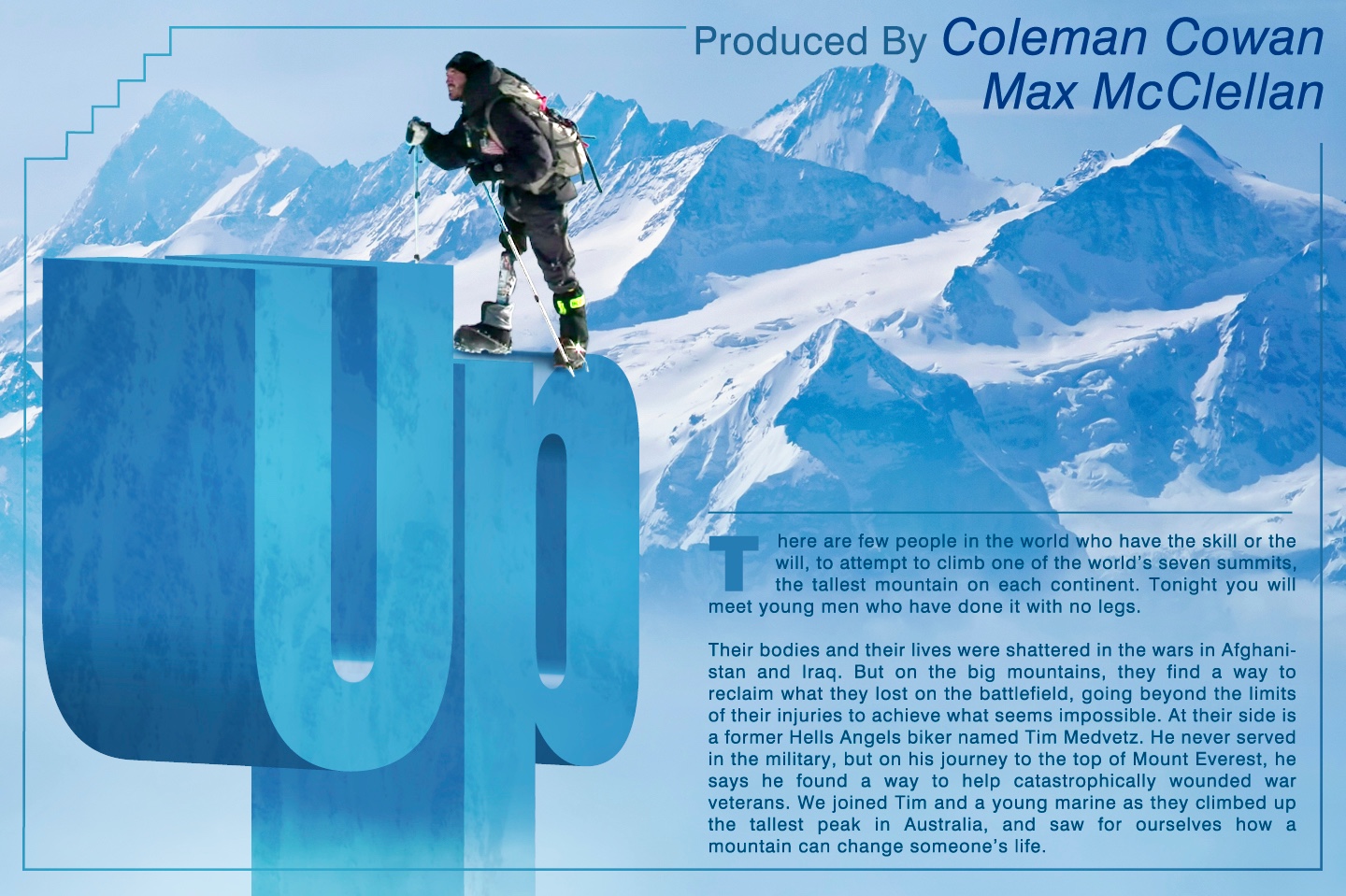 Wounded veterans are using their hearts and minds to summit some of the world’s tallest mountains and overcome disabilities the war has dealt them. Lara Logan reports.  Coleman Cowan and Max McClellan are the producers.
60 Minutes (Jan. 11, 2015)

There are few people in the world who have the skill or the will, to attempt to climb one of the world’s Seven Summits, the tallest mountain on each continent.

Their bodies and their lives were shattered in the wars in Afghanistan and Iraq. But on the big mountains, they find a way to reclaim what they lost on the battlefield, going beyond the limits of their injuries to achieve what seems impossible.

At their side is a former Hells Angels biker named Tim Medvetz. He never served in the military, but on his journey to the
top of Mount Everest, he says he found a way to help catastrophically wounded war veterans.

We joined Tim and a young Marine as they climbed up the tallest peak in Australia, and saw for ourselves how a mountain can change someone’s life.